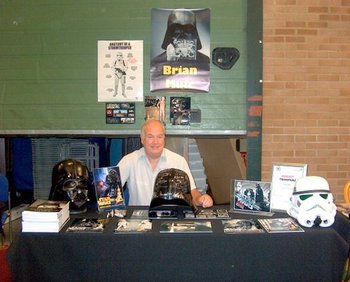 One of the most respected sculptors and artists in the British Film
Industry, Brian Muir has worked on countless films during his extensive 45 year
career that began back in 1968.

As a teen, Brian was offered a 4 year sculptor’s apprenticeship at Associated British Production Corporation  (renamed Elstree Studios). While gaining practical experience at the Studios, he attended a year’s course at Sir John Cass Art College, Aldgate to learn the techniques of life drawing and the history of art. Recognising Brian’s potential, the Studios arranged for him to enrol onto a comprehensive 3 year course at the City and
Guilds Art College in Kennington, which concentrated on traditional skills. As
well as life - drawing it covered sculpting in clay, waste moulding,
woodcarving, stone carving, and lettering.

At the young age of 20, talented and clearly gifted, Brian was hired by Bradfords in London. During his 3 years of employment  he was
instructed t0 sculpt many prestigious commissions including a Coat of Arms for the Crown Court and a plaque for the New London Stock Exchange, which was unveiled by  Queen Elizabeth II.

Early in 1976, Brian was invited back into the film at the young age of 23, talented and clearly gifted, Brian was hired by
20th Century Fox to work on Star Wars, A New Hope. It was just the beginning of his remarkable portfolio of film work,
which includes Alien, Indiana Jones trilogy, 10 James Bonds and 4 Harry Potters.

Although Brian has created countless recognizable characters, sets and props for  film, TV and commisssioned work,
he is notably most famous for his work on Star Wars as the sculptor of the iconic Darth Vader. He is also known for
his sculpting of the Stormtrooper armour, CZ3, Death Star droid and finishing work on C3P0.

It was the interest generated by Star Wars fans that motivated Brian to write his autobiography
‘In the Shadow of Vader,’ which has been well received and attained a 5 star rating on Amazon.co.uk for
over 3 years.

Check out Brian's photo gallery  link and his website at www.brianmuirvadersculptor.com 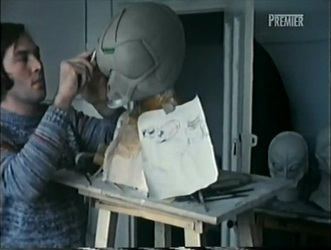 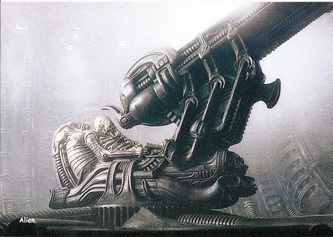 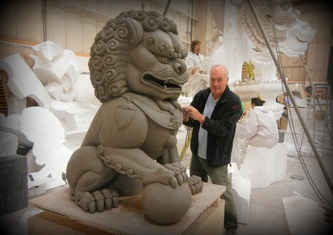